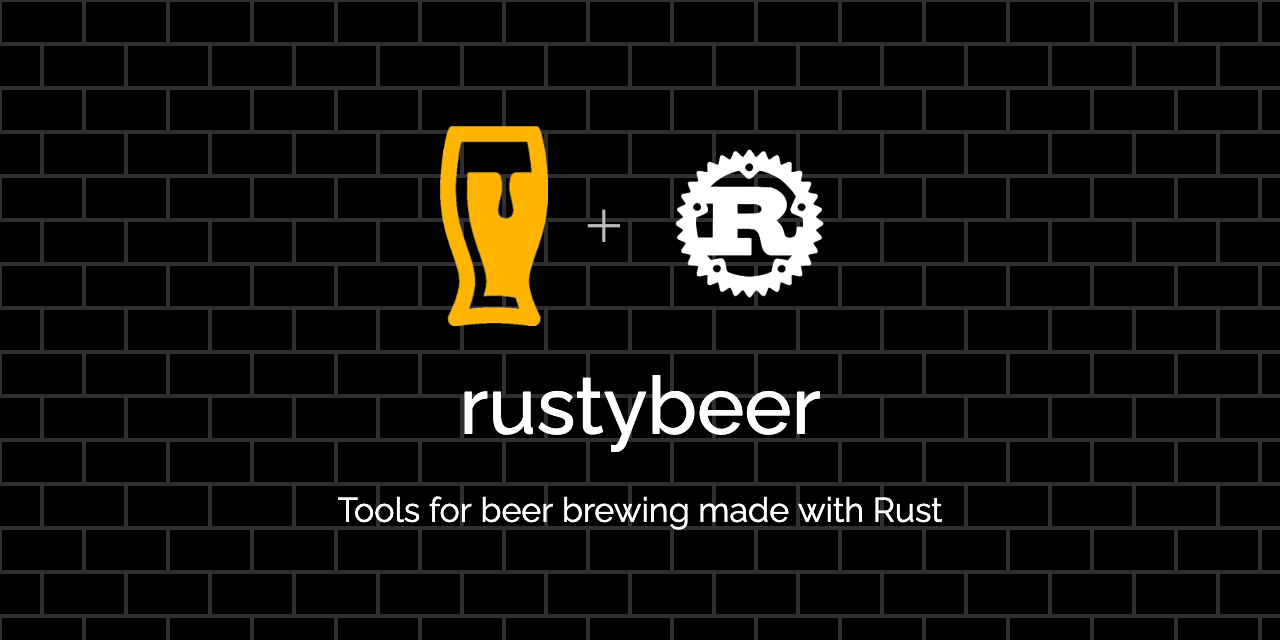 RustyBeer is a CLI tool / web server written in Rust, to calculate values used in the process of brewing beer.

If you don’t already have the toolset installed, you will first need to install Rust. From the root of the repository, run the following command:

You can now run the CLI tool with:

To start the server:

You can access the OpenAPI UI from http://localhost:3000/docs. To change the port number, you can define environment variable PORT.

Tests can be ran by calling:

If you would like to run only one test, you can do this by specifying the test name:

Beer brewing has a lot of acronyms that have a meaning. This table is to help out with figuring out what everything means:

Below is a table of the features currently implemented.

This list will expand as ideas and suggestions come in.

Other Tasks to Do

Thanks goes to these wonderful people (emoji key):

This project follows the all-contributors specification. Contributions of any kind welcome!